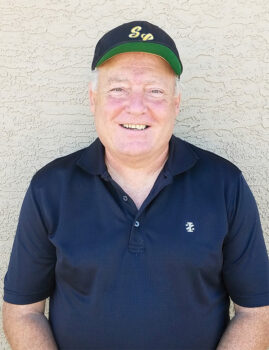 Ever since Henry Chadwick formulated the first box scores in 1859, baseball fans have had an infatuation with statistics about the sport. True fans know about Joe DiMaggio’s 56-game hitting streak and the Babe’s original home run records of 60 in a season and 714 for his career, for many years baseball’s “unbreakable” records. DiMaggio’s record still stands, but the Babe’s HR records were topped by Roger Maris’ 61 in ‘61 and later by steroid-aided players Sammy Sosa, Mark McGuire, and Barry Bonds. These tainted records are looked upon with disdain by baseball “purists.” Our league had several records broken this past year with no steroids in sight! Granted, some players may have been aided by new knees or hips, but that’s OK!

Here’s a run-down of the 2020-21 stats. The numbers exclude tournament stats. Leaders are listed separately for the Lakes and Sun Divisions, with the Lakes’ leaders shown first.

There you have it. Some new records were set, some came close to being elapsed, and some remained seemingly “unbreakable.”

Thanks to Chief Statistician Jim Entwistle for his dedication and long hours in compiling the statistics of over 100 players. He compiled and posted the stats to our website, www.sunlakessoftball.com, after every play date. Additionally, we thank our scorers and scoreboard operators: Cyndy Hilby, Joe Commisto, Tom Erpelding, Gary Hillabolt, Larry Maggard, Vern and Dorothy Rodgers, and Rick Thompson. Without these folks, there would be no stats! And as someone said, or should have said, “A ballgame without stats is like an article without words.” (Or something like that!)