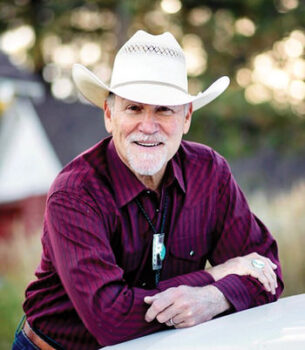 My latest western, A Score to Settle, was released last year by The Wild Rose Press. It’s set in 1870 New Mexico Territory and unfolds on the notorious Goodnight-Loving cattle trail. My two western mysteries, The Reckoning, and The Renewal, are set about the same timeframe in Colorado.

So, are western novels, TV series, and movies making a comeback? Seems like it. Why? Probably because the Old West embodied timeless values—a place and time where right triumphed over wrong. Not always, certainly, but in my stories it does. The American West in the 19th century was a black and white society with clear-cut rules—there were things you were supposed to do as well as things you weren’t. And if you did wrong, there were consequences—oftentimes immediate, many times violent.

If you’re getting the idea that I like that kind of culture, you’re right.

The world we live in today sometimes baffles me. Everything seems to be different shades of gray. Honor and fidelity seem to be out of fashion.

The good news is these standards haven’t really vanished from today’s America, but more often than not, they have been marginalized. Our popular culture tends to look down on old-time values. Imagine a world where a man’s word, and a woman’s, was their bond. Where handshakes took the place of 50-page contracts.

So, yes, occasionally I yearn for those simpler times amid the hustle and bustle of our world. And sometimes my characters’ worlds look pretty appealing. Like now.

At the end of the day, westerns remind us of our solid roots and what we were and could become again. That’s why the American western will never die.

My next western is White Sands Gold, due out early 2022. It poses a moral dilemma for my characters. Can honorable men—or women—also be killers? And what price loyalty? Set in New Mexico Territory, 1890, White Sands Gold revolves around a hidden, unimaginable cache of gold bars, a priceless religious relic, and the guardians who have protected both for centuries. Romance weaves through the story as well.

About the Author: Mike has a military background and is a student of American history and the Old West.

His debut western mystery, The Reckoning, set in South Park, Colo., in 1868, was released in 2016 by The Wild Rose Press. The sequel, The Renewal, also in South Park, 1872, was released in 2018. His latest western, A Score To Settle, was released October 2020, also from The Wild Rose Press. He has a coming-of-age novel, Fireflies At Dusk, set during the Civil War, and his short story, The Trade, a tale of the Yukon Gold Rush, was his first published work in 2014. His latest book, White Sands Gold, is due out early 2022.

Mike’s written for magazines and newspapers for many years. An experienced editor, he’s taught University-level English and Journalism. He’s a member of the Historical Novel Society, Pikes Peak Writers, Rocky Mountain Fiction Writers, Western Writers of America, and several other writing groups. He brings his readers back in time with him as he recreates life in 19th century America.

He’s a homeowner in Oakwood and also enjoys appearing at book club meetings. Visit him at www.miketorreano.com.

All of his books are available on Amazon at tinyurl.com/mr3279aj. 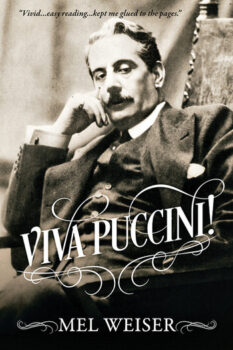 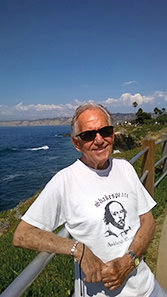 Sun Lakes/Oakwood longtime resident Mel Weiser has published his latest book. For opera lovers—and for those who simply love an exciting book—this new, historical novel is a page-turning must read!

The life of Italian composer Giacomo Puccini (1858-1924) was something right out of his grand operas. It had adversity, love, tragedy, death, and sexual conquests. Now, author Mel Weiser has taken the facts of Puccini’s life and woven them into a compelling tale that reads like a thriller.

Forced into a music career at an early age, Puccini resisted every effort to shape his future. He preferred to loaf, to pursue women, and to cavort with like-minded friends. However, fate and a determined mother had other plans for him: He was to carry on his family’s musical tradition. He was destined for greatness. He was to become The Maestro. And so, it happened. Giacomo Puccini became one of the greatest composers of all time. Of course, success brings exhilarating rewards, and all of them came with La Boheme, Tosca, Madame Butterfly, and Turandot. But success can also bring cold disappointment and intense pain. Giacomo Puccini discovered this to be true every day of his long and fascinating career.

Like a light in darkness, the music of Giacomo Puccini continues to brighten the world long after his death. And so will this novel by Mel Weiser be an unforgettable reading experience long after the reader has closed the book.

Author Mel Weiser and his wife Joni have lived in Sun Lakes for 16 years. And he has been writing since he was 19, in the Navy, and aboard an aircraft carrier. He has four published books and nine produced stage plays to his credit. He has been a stage director of over 25 professional productions in regional theaters, and once on Broadway. After years of teaching English on the college level, he retired to Sun Lakes to devote all his time to writing. He knows you will enjoy Viva Puccini! His last book, On 174th Street: The World of Willie Mittleman, was a delightful family story set in the 1930s. His next book, The Crown of Sammuramat, will be an exotic mystery-thriller, linked to the fabled and ancient Assyrian empire.

Viva Puccini! is now available on Amazon.com and Barnes&Noble.com.