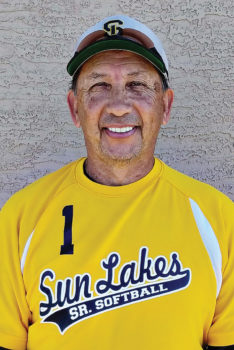 Why do most baseball and softball fans and players love statistics? It’s probably because stats give the game historical context and allow for the comparison of various accomplishments from the past to the present. They also are used to measure the performance of each player versus others on his team and in his league. Over time, the number of stats and their complexity has grown exponentially. If you look at a box score from the 1950s, you’ll see players listed with five columns for at bats, runs, hits, putouts, and assists. Today’s box scores contain a myriad of statistics that could keep a nerdy reader occupied for a long time! And the introduction of so-called Sabermetrics such as WAR (Wins Above Replacement), FIP (Fielding Independent Pitching), and wRC+ (Weighted Runs Created Plus) have added another level of complexity to statistical analysis of the sport. But don’t fret; this article is based upon good ole traditional stats that we all understand! We’re talking hits, runs, doubles, triples, homers, etc.

Our senior softball statistics are based upon the results of our three formal sessions: fall, winter, and spring. We also usually have a summer session, but it’s more “loosely run” since many of our players are either vacationing or back up north somewhere. This year’s spring session was cut short due to the COVID-19 virus shutdown, so not many records were set. In fact, only one “all-time record” was set; Reyes Gonzales had a remarkable slugging percentage of 1.634 which topped Mark McKinnon’s 1.447 mark set during the 2016/2017 sessions. Slugging percentage measures both hitting for average and power, as additional value is assigned to extra base hits.

Thanks to all of our scorekeepers and to our chief statistician, Jim Entwistle, for compiling all the statistics.

And speaking of stats, this is softball article number 376 since I began writing for the Splash back in 2006. That’s 144 player profiles and 232 general news articles. Guess I didn’t know what I was getting into at the time! Maybe we’ll have some sort of celebration when I hit 400. After all, that’s a “magic stat” in baseball!

As of press time, the resumption of our program, including our summer session, was still uncertain. Check our website, www.sunlakessoftball.com, for up-to-date information.