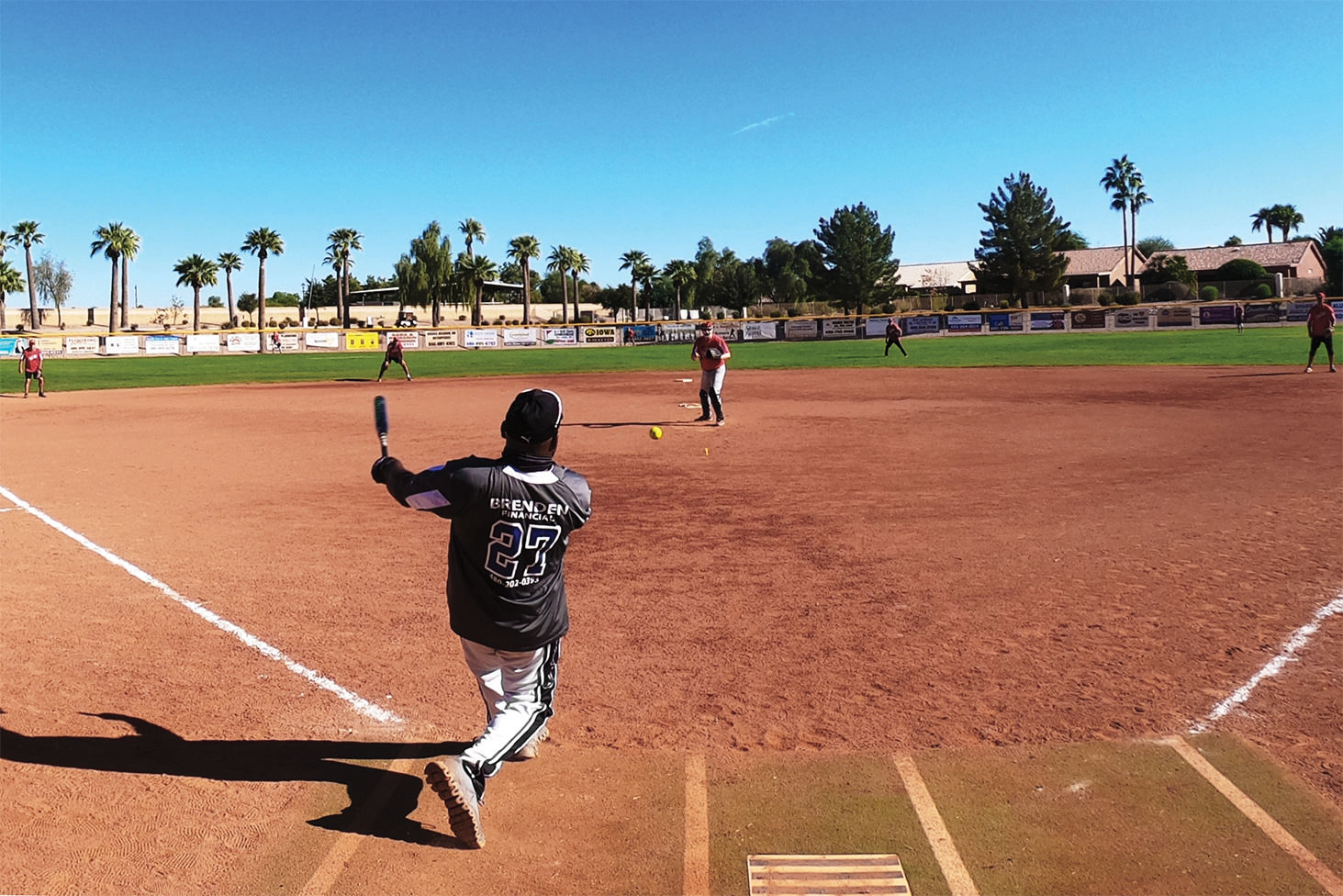 Going into the final day of the Sun Division’s fall season, Manager Randy Neumann’s Spooner Physical Therapy squad held a one-game lead over the second-place Redeemed Team, sponsored by Realtor Suzy Steinmann, and managed by Dave Platt. The Redeemed Team needed to sweep a scheduled doubleheader from Spooner to capture the title. They won the first game of the twin bill 25-24 in a slugfest. That meant that both teams sported 9-6 records going into the finale. The Therapists won that contest and the pennant in exciting fashion, eking out an 18-17 victory. Leckner Realty, managed by Mike Gloyd, finished at 8-8, while Manager Ken Brenden’s Brenden Financial Planners occupied the basement with a 5-11 record.

Steve Hilby led all batters with an average of .825. The remainder of the top five were Bob Wicks (.814), Dave Platt (.794), Larry Kaufmann (.793), and Bobby Farmer (.791). Bobby Farmer also led the league in slugging percentage with an impressive 1.625 mark. To give you an idea of how good that is, Barry Bonds has Major League Baseball’s highest single season slugging percentage at .863, set in his monster year of 2001. Of course, it’s easier to hit a slow pitch softball than a 90-m.p.h. baseball, but still. Reyes Gonzales holds our all-time record at 1.634, set in 2019, so Bobby has a chance of topping that mark if he continues slugging the ball in our winter and spring seasons.

League leaders in other major offensive categories were: Singles, Kim Whitney (63); Doubles, Bobby Farmer (18); Triples, Kelly Anderson and Jon Hendrikse (both with 3); and Homeruns, Bobby Farmer (17). Bob Wicks and Tom Bersano were close behind in long balls, hitting 16 and 15, respectively.

Our winter season was delayed by COVID concerns, but hopefully, by the time you read this, we’ll be back in action. Check our website at www.sunlakessoftball.com for up-to-date information.