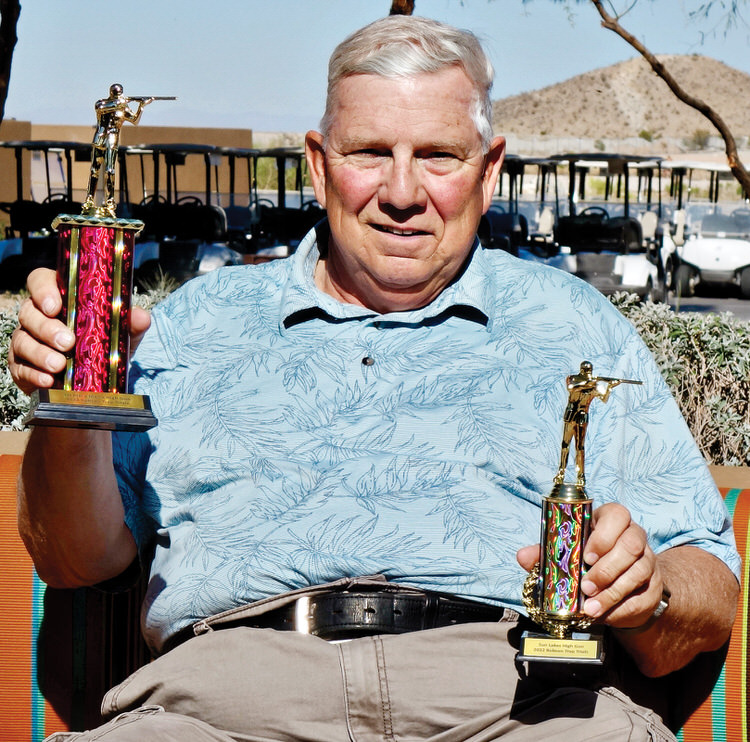 This unique trap shooting contest aggregates the top five individual scores from each community to determine a community score and a winning community. PebbleCreek in Goodyear was this year’s winner.

Trophies are also awarded to the best shooter from each community. The top three female and male shooters across all communities walk away with additional trophies.

Sun Lakes’ own Jack Toews had the top score of the field, shooting 74 out of 75.