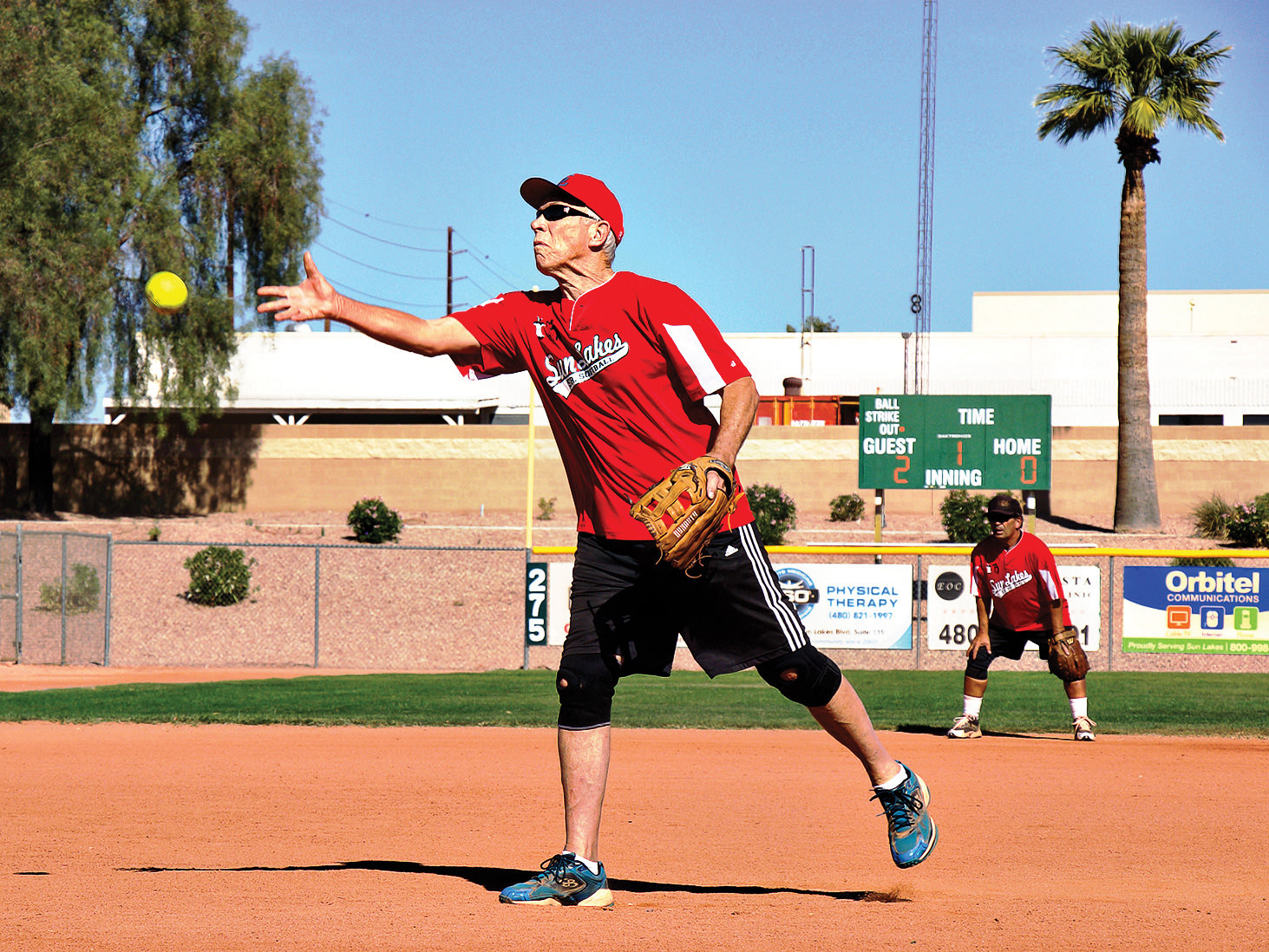 Isn’t it great to live in a place where you can use “winter” and “softball” in the same sentence? While our northern brethren are shoveling snow, here in Sun Lakes, it’s business as usual at the Field of Dreams. At the press deadline, we still had a week to go in the Fall Season. Then, after a holiday break, we’ll start the Winter Season on Tuesday, Jan. 5.

In the Sun Division, the Spooner Physical Therapy-sponsored team was in first place with an 8-4 record, while the Core Photography squad led the Lakes Division with a 7-3 ledger. Bob Wicks led the Sun Division in both homeruns (14) and batting average (.825). Other top homer hitters were Bobby Farmer (12), Tom Bersano (11), and Steve Hilby, Mike Lebet, and Dave Platt (all with 8). Steve Hilby was just six points behind Bob Wicks with a .819 average, followed by Dave Platt (.807), Larry Kaufmann (.789). and Bobby Farmer (.779).

Thanks to the Buckeye Boys, fans of the Ohio State University Buckeyes, and Dr. Russell Meldrum of South Valley Orthopedics for renewing their advertising banners at the Field of Dreams. Dr. Meldrum’s office is located at 10440 E. Riggs Road. Also, our thanks go out to Pat Wolfe for the new Field of Dreams banner in centerfield. Go to the Sponsors Page on our website (www.sunlakessoftball.com) to learn more about all of our supporters.