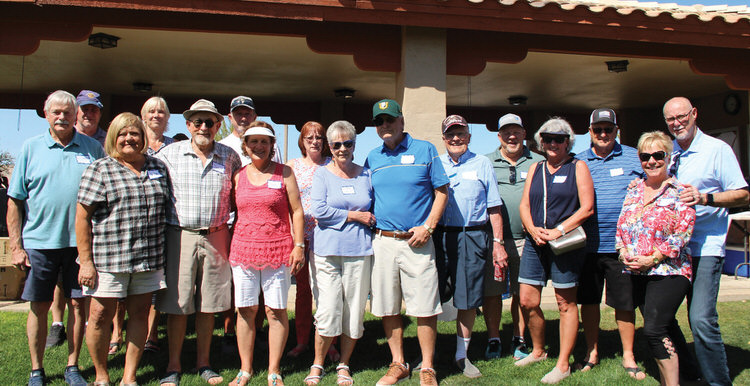 We completed the second session of the 2021-22 Sun Lakes Bocce Club season with our annual Awards Potluck Luncheon held at Sisk Park on March 27.

A special thanks to Greg DePaola, General Manager, Coulter Motor Company of Phoenix, for their first-year sponsorship of the Bocce Club and to John Skoko, Fleet Sales Manager, for his participation in our Awards Banquet on Jan. 9.

Important dates for next season include on-line registration starting Sept. 1, Wine and Cheese event on Oct. 30, and start of bocce, first session, on Nov. 6.

We also want to remind all residents interested in the Sun Lakes Bocce Club for the 2022-23 season that the club will continue to provide bocce instructions throughout most of the spring and summer months, leading up to next season, for those interested in learning to play the game. Simply send an email to [email protected], attention Mike Buscaglia, to request instruction.

Any Sun Lakes resident can learn more about our club, with updated information, by going to our club website at www.sunlakesbocceclub.com.