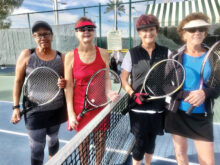 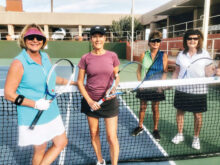 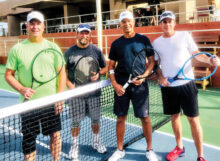 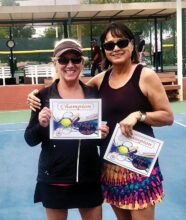 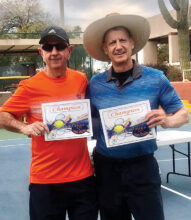 Another successful Cottonwood Tennis Club Gender Doubles Tournament was concluded on Saturday, Jan. 15. A total of 74 Round Robin matches were played with many close matches ending 8-7 in the pro-set format. Matches were in three categories: Blue (lowest), Green, and Red (highest). Prizes were given to first, second, and third place in each category.

Tournament Director Jay Ketter and his assistants had a very busy week. Ketter thanked Sylvia Page who managed the food court with many volunteers providing lunch each day. On Saturday, the final day, pizza was provided by The Battery Doctor and was cooked onsite, which was a special treat.