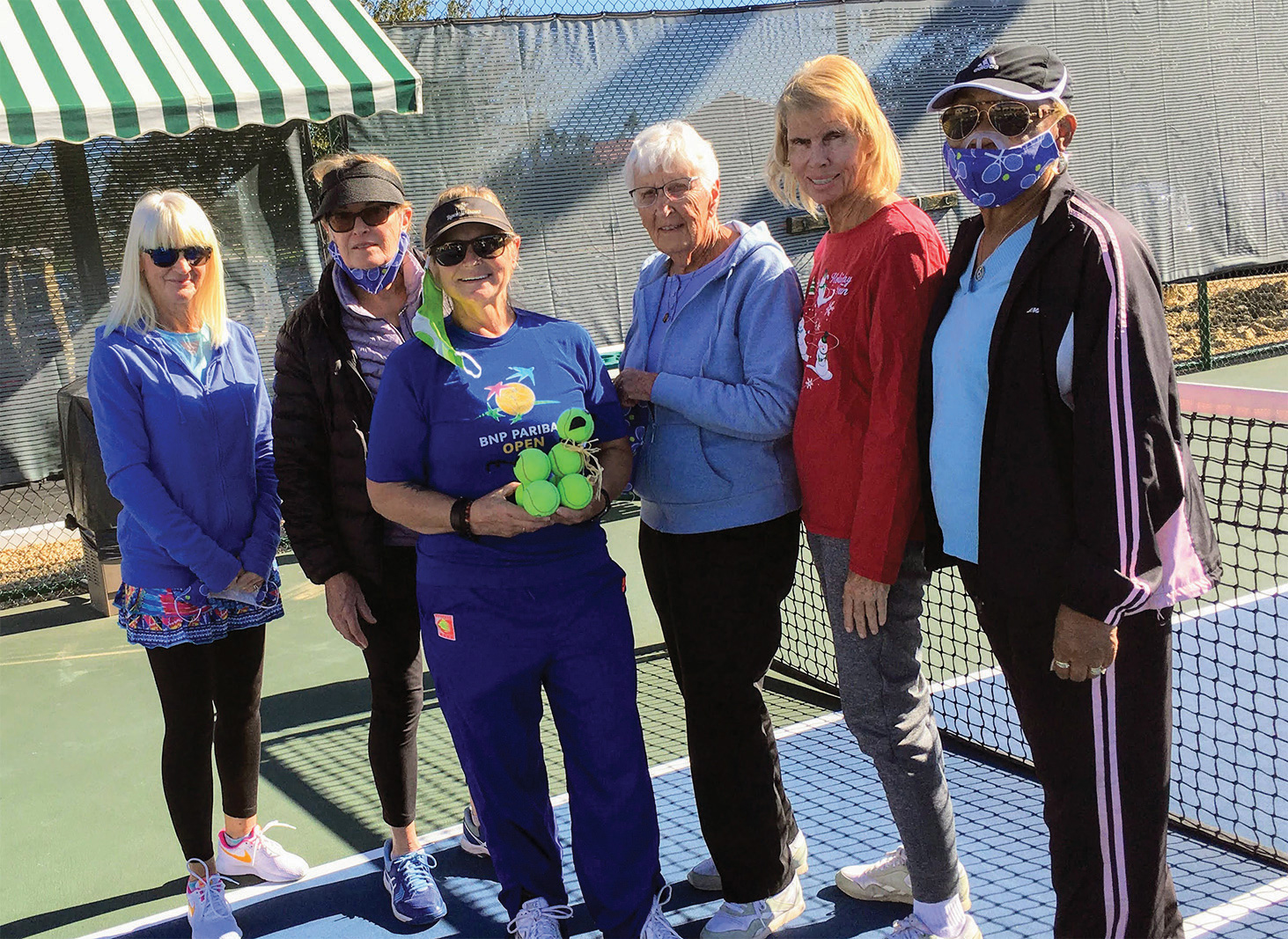 The 2020-21 tennis season? Unusual! The best one can say is that playing for one and a half hours a few times a week probably saved us from going stark raving mad. We missed the tournaments and the socials. It seemed as if the world stopped, and a few hours of tennis was our only diversion. But it was better than having no tennis at all.

The daily sign-ups for men on Tuesday and Thursday never stopped. Same for the Monday and Wednesday sign-ups for women and the mixed doubles on Friday. Some of the leagues continued, but with fewer people. Everybody wore a mask while arriving and leaving the courts. Some actually played with masks on and, of course, we social distanced. No shaking hands at the end of a match. We clicked rackets instead. The whole tennis season was pretty much scratched.

Near as we can determine, by October of 2021, things will be back to their busy, frantic, something-going-on-all-the-time normal. That will be wonderful!