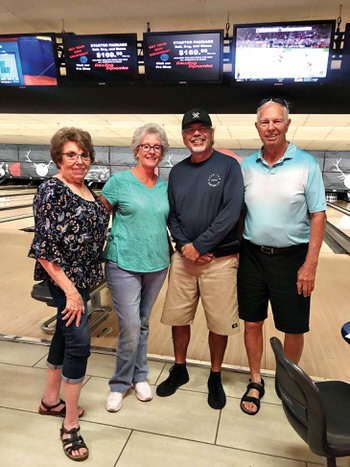 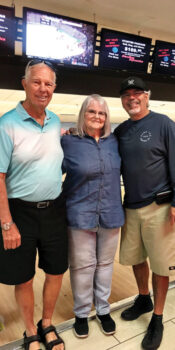 The Hits & Misses bowling league ended its 2021 season in April with everyone a winner. Members were saddened by the passing of two of our members: Keith Miller in December and Fran Bowman in March. Team Thunderstruck held first place throughout the season, with team Try Harder (Sandra Soreseck, Jackie Baker, and Sharon Zubchevich) coming in a close second. The last week sweeper awarded handicap high games to Jackie Baker with 254 and Roman Abundis with 269. High series went to Sheryl Anderson with 676 and Walt Griffen with 719.

Hits & Misses is a mixed handicap league that will start again in October. We welcome couples and new members to join us next season. Treat yourself to some exercise and improve your technique in a friendly environment. We are not exclusive to Sun Lakes and welcome anyone who wants to bowl for fun. Join alone or with a team of four. Our first meeting will be late September to identify teams, elect officers, and prepare for the 2022 season. Phone or text Pat Smith at 720-412-9396, if you are interested or need additional information.