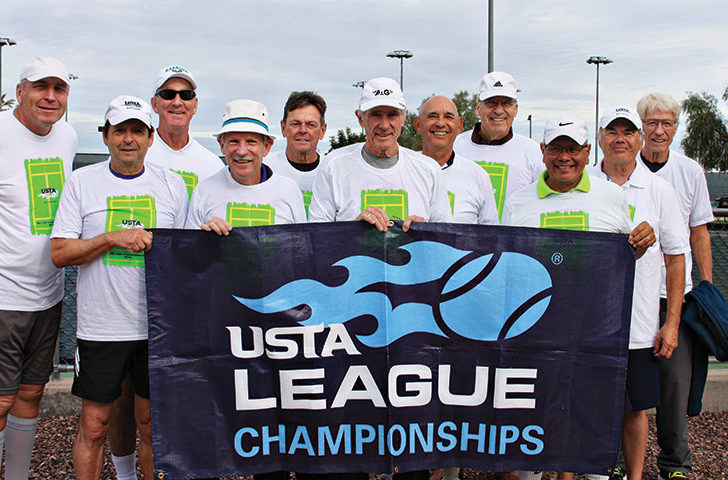 Following tough but successful regional play in Surprise, Arizona, the IronOaks Men’s 65 and older 7.0 tennis doubles team went to Florida for national competition. For the first time, the USTA National Title tournament was held at the new USTA Campus in Orlando, Florida.

These Phoenix and Southwest champions played teams from Texas, Missouri, Caribbean, and Mid-Atlantic on Feb. 7 and 8. National Championship semis and finals followed on Feb. 9.

Tennis doubles is a mix of teamwork, precision, strategy, and persistence. Representing IronOaks and the Southwest, these Champions pull it all together.

Congratulations to the team!