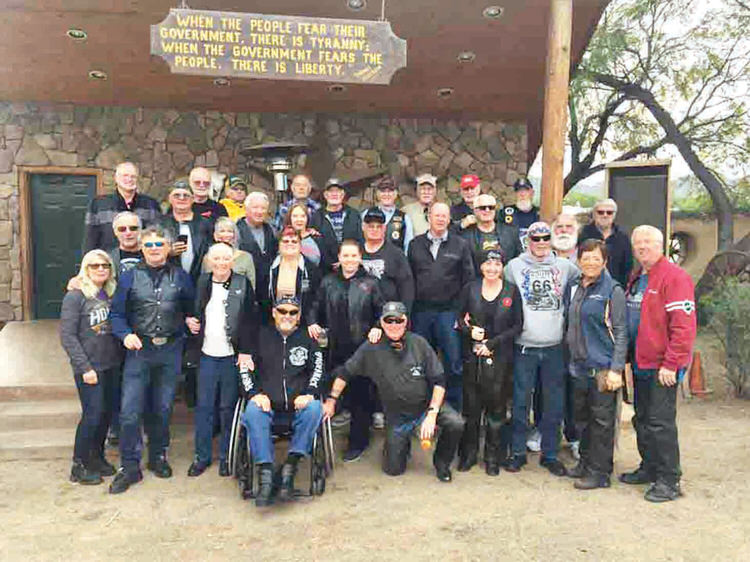 Eight years ago, a small group of “strangers,” who were tired of riding alone, placed a small ad in the October Splash inviting like-minded motorcycle enthusiasts to respond and introduce themselves. And respond they did!

Our organization, called Motorcycle Riders of Sun Lakes, was formed, and by December of that year, our weekly Wednesday rides were regularly attended by at least a dozen riders. It was decided early on that our group would not form a formal club with rules, regulations, dues, and the like. Our vision was, and still is, that we exist to make new friends and ride together in a safe and responsible manner. That’s it!

Now, almost a decade later, we continue to ride every Wednesday (year round). We also participate in several Saturday charity rides throughout the winter season. Once or twice a year, some of us will go on a two- or three-day overnight tour—a highlight of our season together.

As our riding season begins in earnest, with COVID-19 hopefully on the wane and our snowbird friends about to join us after the holidays, we would like to invite all who are interested in safe rides with a friendly group to reach out to Stan Kaufman at 701-238-2310.