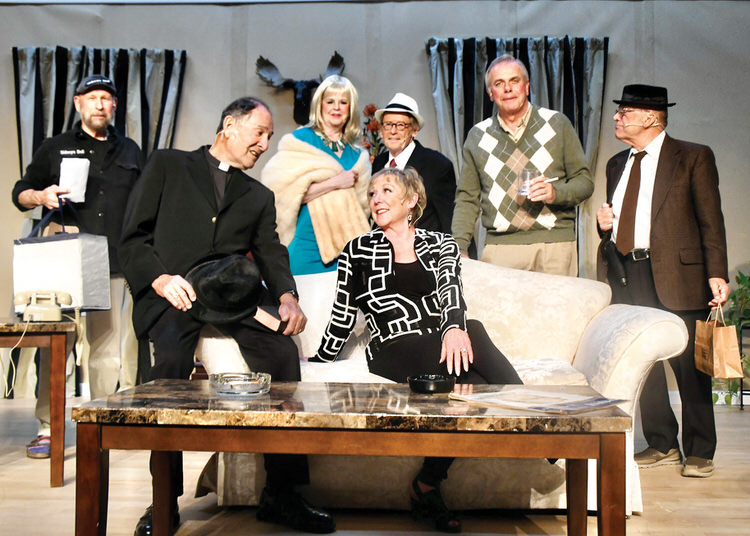 The run was a success, despite several obstacles never known to the audiences. Early in the process, two actors got COVID-19, causing a one-and-a-half-week delay in rehearsals. A few weeks later, a medical emergency sent the director to the hospital overnight. The set design didn’t match the building crew’s plans, and two out of three of the doors opened the opposite way the actors rehearsed for, causing a bit of confusion once on stage. But the show must go on, and it certainly did—to the approval of each night’s audiences. Several attendees were heard saying they were completely surprised by the ending of the show—they never suspected who the bad guy was! And that is just how the director, cast, and crew liked it. Thank you to all who supported SLCT by attending a performance. See you at the next show!