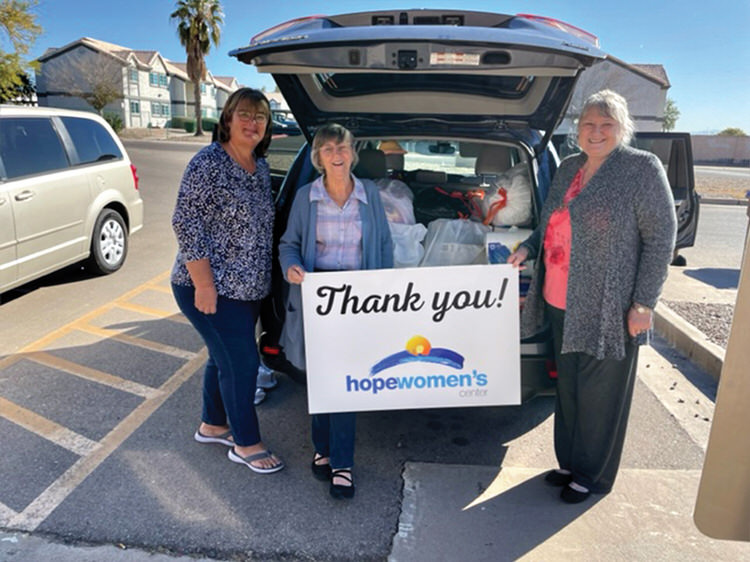 Recently, Suzanne Campbell and Angela Hood of the Sun Lakes Lions Club visited JoLyn Logan, director of the Hope Women’s Center in Coolidge. They brought several items useful at the facility. Pictured is a typical Hope basket and a group photo with Jolyn, Suzanne, and Angela. 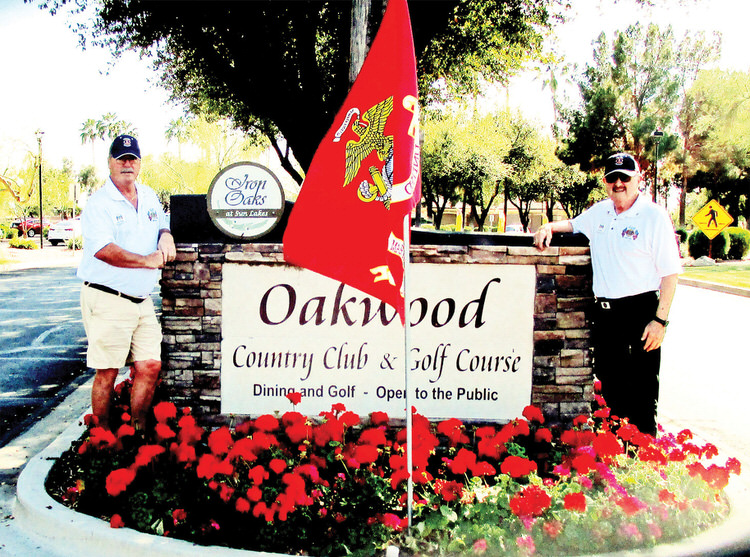 The Sun Lakes Breakfast Lions Club (SLBLC) is the only organization that can provide you with a flag for your armed forces service as part of their Fly the Flag fundraiser here in Sun Lakes. Those service flags, as well as the red, white, and blue, are put up throughout the year during holidays. But for the second year, the SLBLC was contacted to assist the East Valley Marines charity golf tournament in their annual event at the Oakwood Country Club, to put up numerous Marine Corps flags. The club was more than happy to oblige.

Would you like to be part of our Fly the Flag program? Give the Breakfast Lions a call at 480-242-4356 or email us at [email protected] 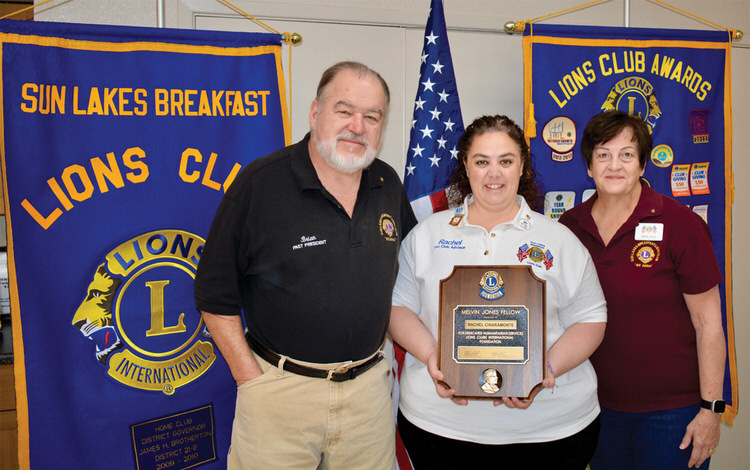 A group of lions is called a “pride,” and there is a lot of family pride here as Sun Lakes Breakfast Lions Club Vice President Brian Curry and Flag Coordinator Debra Curry flank their daughter Rachel Chiaramonte, as she was the recipient of the Melvin Jones Fellow award for this year. The Melvin Jones Fellow is awarded by Lions Club International and is one of their most prestigious awards. Rachel was the Leo Club Advisor for Chandler High School’s Basha campus and is the chairperson for the SLBLC’s new scholarship at a Chandler high school for a graduate going on to a trades career. Both Brian and Debra Curry are past recipients of the Melvin Jones Fellow award themselves. (Photo by Mac Davey)