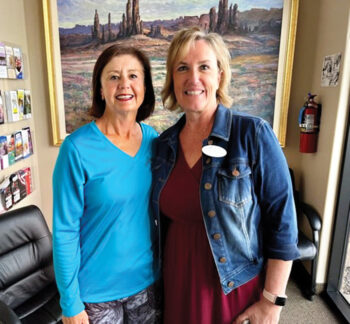 The Bradshaw/Neu Tennis Tournament, which included players from Oakwood, Sun Lakes Country Club, Springfield Country Club, and SunBird Golf Resort, raised over $2,000 to be split between two local charities: Neighbors Who Care and Boys & Girls Club of Chandler. Each group received a check for $1,074.

The tournament was held at the Cottonwood courts for six days (Nov. 7 to 12). Mary Ann Rice and Ernie Soczka co-chaired the tournament. Thanks to them for all the hours they donated to this effort.