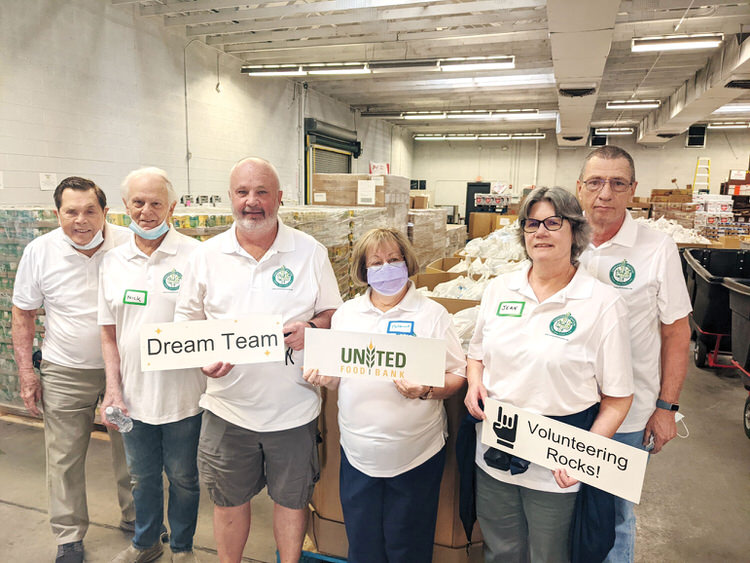 Board members Nick Dobos, Al Hill, Patricia Hill, Jeff Ingersoll, Jean Mulvey, and Rob Truman and family members gathered at United Food Bank on Saturday, Jan. 29, to help fill food bags for those in need. Nine hundred seventy-five bags were filled with canned goods and dry items (beans, pasta, etc.) while we bopped and sang along with the music being played. Plastic bags were fluffed and handed out, boxes were cut open, and no one had to go to the gym that day—everyone got their day’s worth of exercise!

The United Food Bank is a non-profit organization that distributes approximately 75,000 meals daily. The Volunteer Center is at 358 E. Javelina Avenue, Mesa, Ariz. We plan on volunteering again this year.

United Food Bank has provided hunger relief to people in the East Valley and Eastern Arizona since 1983. The Food Bank collects, acquires, stores, and distributes food to about 145 partner agencies and programs, serving over one million individuals annually in five counties. In the past fiscal year, United Food Bank distributed more than 26 million pounds of food. They depend on volunteers to help accomplish this work. For more information, visit their website www.unitedfoodbank.org.