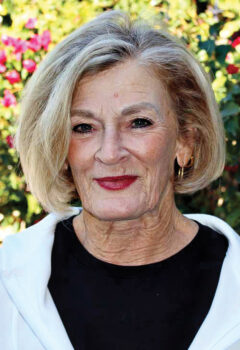 Sandy Worden is our 2022 Match Play Champion! Champ Worden defeated some of the club’s best players in her march to the top, including Mikki Rydell, Karen Fischer, Paddy Newton, and Kathryn Campbell. The Match Play format proves the adage “never give up.” It’s nice to see good things happen to good people! It is also a lesson in trusting the handicap system to achieve fair competition among players of varying abilities. Congratulations, Sandy, and thanks for all you’ve done as a former president of the league and organizer of the Tuesday Tee Timers to advance ladies’ golf at Cottonwood.

Plan ahead for our March events. We start out with the first two weeks being the ever-popular Partner’s Tourney. Grab a partner, and let’s swing. We’ll also enjoy a Just for Fun Day, a Step-Aside Scramble, and a Crier’s Tournament. It’s not too early to invite your guest for the Member/Guest in April. That committee is hard at work, and there are signs that this may be the best ever.