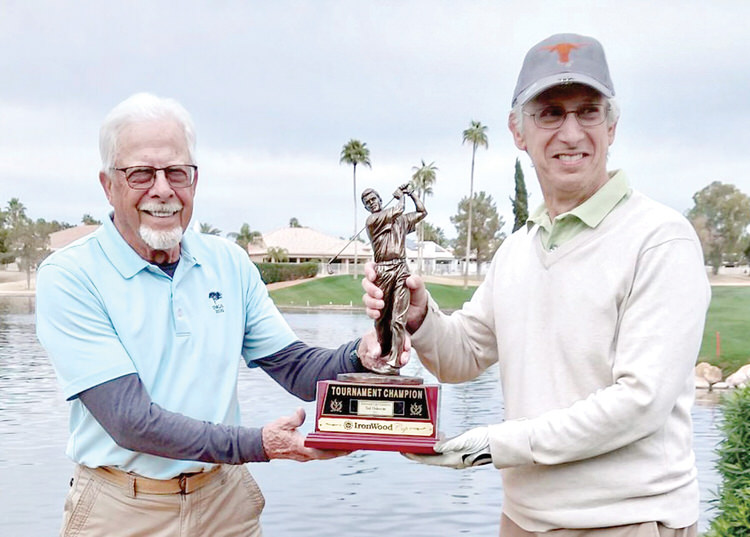 Congratulations to Jeffrey Cohen, 2022 Champion of the Ironwood Cup!

The three-week Ironwood Cup was concluded on Tuesday afternoon, Feb. 1. The event ended in a tie for the championship, after regular play, between Jeffery Cohen and Mike Scroggins, with the Cup winner decided by a sudden-death playoff. Congratulations to both Jeffrey and Mike for their outstanding play.

In Memoriam: IMGA has lost two longtime members in 2022: Dave Pelz and Kurt Utzinger. Our sincere condolences to the family and friends of Dave and Kurt.

IMGA Board of Directors: Our welcome to Rich Popham who has joined the IMGA Board as its vice president.