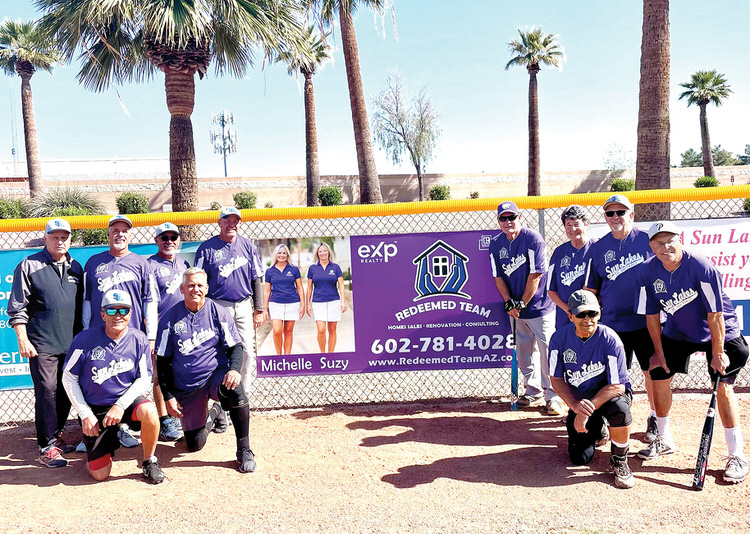 In what might have been prophesied, retired Pastor Thom Stephens hit a game-winning homer in the bottom of the 7th to lead the Redeemed Team to a 20-17 victory to eliminate Spooner PT. Ernie Flores and Billy Kee had four hits each for the winners, while Marty Hobby homered twice. Dave Lingen and Dave Platt hit long balls for the losers.

Dave Martin drove in the winning run in game four, securing a 23-22 win for the Leckner Realtors over Wolfe & Associates. Mike Lebet and Dave Lingen both reached base five times for the winners. Lebet and Greg Lemmon each slammed two homers, while Dave Platt added one. Dan Melosi reached base six times for the Wolves, including two homers. Both Ron Carmichael and Bobby Reed had four safeties.

The Redeemed Team then eliminated Wolfe & Associates in a close encounter, 11-9. Ernie Flores, Dave Lingen, and Kim Whitney led the Redeemers with three hits each, while Kurt Carmichael added a homer and double. Bobby Reed had three hits for the Wolves.

In the championship game, the Redeemers unleashed a 32-hit attack on their way to a 25-16 win. Dave Martin had five hits, while Marty Hobby had four hits, a walk, a sac fly, and two homers. But the real hero was Thom Stephens who filled in as pitcher due to regular pitcher Bill Corso being injured. It was his first time pitching “in ages.” Pastor Thom proved to be a savior for the Redeemers! Congrats to Manager Kaufmann and the entire Redeemed Team.

Many thanks to Jim Entwistle, our statistician extraordinaire, for compiling all the box scores and stats.