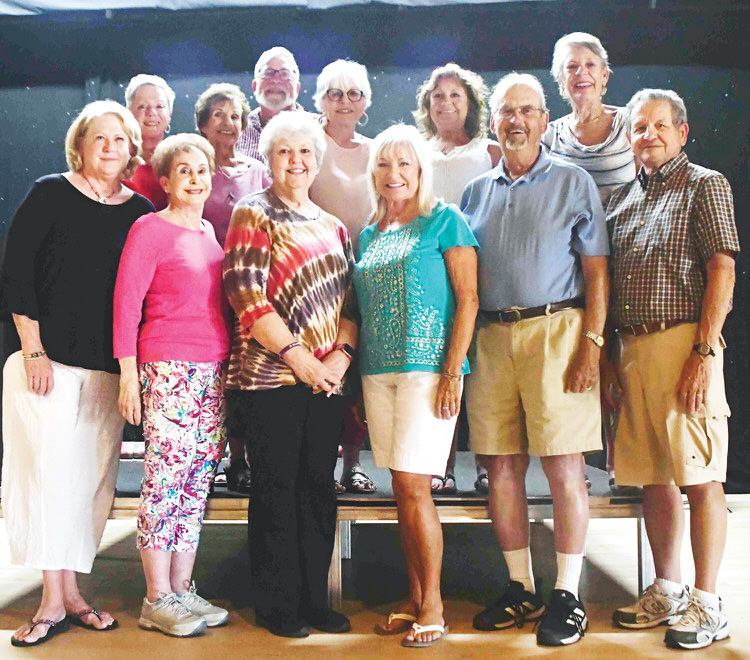 July will be heating up in more ways than one with the upcoming Sun Lakes Community Theatre (SLCT) production of the comedy The Last Round-Up of the Guacamole Queens.

Set in Sweetgum, Texas, three cousins, Peaches, Gaynelle, and Jimmie Wyvette (played by Joyce Recupido, Phyllis Novy, and Ginger Henry), are in the midst of planning the final high school reunion before their beloved school is demolished. They are also trying their best to land the job of planning the birthday bash for the governor, a job they desperately need to keep their business afloat, and each would like to wear the final and forever Guacamole Queen Crown. But nothing goes quite according to plan, thanks in part to their interfering elderly Uncle Aubrey (Lew Crawford) who insists on courting two octogenarian sisters at the same time (Sandy Pallett and Sharon Gerdik), along with doing his utmost to live life to the fullest before it’s too late.

Throw into this mix a sassy television hostess (Merrie Crawford), a sanctimonious evangelist (Mary Vandergriff), a sharp-tongued, election-hungry aunt (Sally Holberg), a revenge-seeking former student (Paco Venegas), a slightly “off” helper (Greg Posniack), an overzealous police chief (Jim Janowski), and a very surprised governors’ staffer (Kathy Tomasewski), and you have all the makings of a chaotic and hilarious two-act play.

Non-speaking characters will be played by Susan Conzatti and Sandy Ilsen, with a voiceover recorded by Roger Edmonds. Sandy Bocynesky is directing, assisted by Sandy Pallett and Barbie Bergerson.

Performances will run July 8 to July 12 in the San Tan Ballroom in Cottonwood. Tickets are $20 each and can be purchased beginning at 10 a.m. on June 15 online at www.slctinfo.com. Call 480-382-6290 for more information.