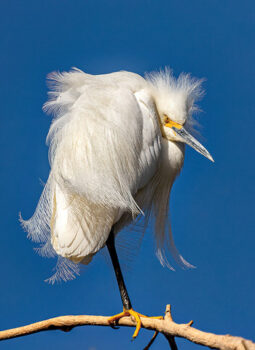 On April 21 the Sun Lakes Camera Club (SLCC) had its annual year-end banquet in the Navajo Room of the Sun Lakes Country Club. Following dinner, the club held its end of the year competition. Entries in this final competition represent the best print and projected image photos that members submitted to monthly competitions throughout the 2021-22 season. Each competing member is allowed to submit up to four photos that had been submitted and judged in a previous competition during the past season. Those entries were evaluated by a three-judge panel that scored each image using a scale from 6 to 9 points. The final score received by a given entry is the total points awarded by the three judges. Tied scores were not broken by the judges so, in some instances, multiple members share an award. As one might expect, the overall quality of the photos being judged was quite high.

Congratulations to all of our award winners as well as to all who entered the competition.

The Sun Lakes Camera Club meets on the first and third Thursdays, from 6:30 to 8:30 p.m., from October through April. For more information about the SLCC and its activities, contact SLCC President Samantha (Sam) Palmatier at 902-727-0334 or [email protected], or past President Lynn Thompson at 480-734-0040 or [email protected], and visit our website www.sunlakescameraclub.com.